Dental Implants Are the Preferred Option for Aging Bridges 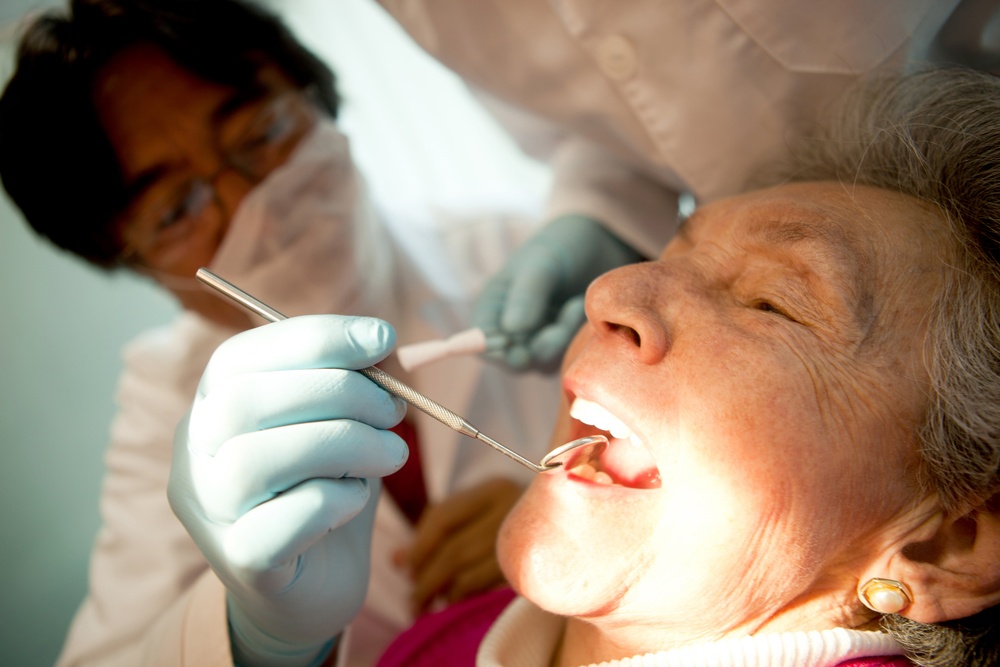 Replace those bridges to nowhere.

Aging dental bridges are a maintenance headache and a recipe for oral-health disaster. They are difficult to floss, often decay, and require replacement with longer bridges. According to the American Academy of Implant Dentistry (AAID), these bridges to nowhere should be replaced with permanent dental implants.

“Many of us have had the same bridges in our mouths for 20 years or more. They were put in at a time when bridgework was considered to be the norm for replacing missing or compromised teeth,” said Dr. Olivia Palmer of Charleston, South Carolina, a fellow of the AAID and diplomate of the American Board of Oral Implantology.

“An old bridge is basically worthless for preserving good dental health. In essence, it’s a bridge to nowhere,” Palmer said. “So why keep a bridge to nowhere? For most patients, implants are a much better treatment alternative because they preserve the bone of the jaw, can be flossed easily, do not decay, and function just like natural teeth. Also, to get implants you don’t have to sacrifice healthy teeth, which is required with bridgework,” she added.

According to Dr. Jaime Lozada of Loma Linda, California, in the last two decades prosthodontic treatment planning has changed dramatically because of the acceptance of dental implants as a viable long-term option for replacing missing teeth. “Why consider higher-risk procedures when dental implants are more predictable and a better alternative,” he said.

Palmer explained that bridges generally fail after five to 10 years as patients have trouble flossing them. “Because these bridges link missing tooth spaces to adjacent teeth, many patients find it very difficult to floss the bridge. Therefore, root surfaces below and around bridgework often decay, if not kept meticulously clean by flossing. It is impossible to repair this marginal decay, so the entire bridge must be replaced,” she explained.

Palmer added that, as a result, teeth supporting the old bridge often are lost, requiring insertion of longer bridges that further compromise dentition.

Today highly precise computer guided dental implant surgery has made the procedure faster, highly predicable, long-lasting and 97 percent successful, which is far superior to outcomes with bridges. Palmer, therefore, advises anyone with one or more missing teeth who might consider having a first bridge inserted or replacing an old one to weigh the benefits of implants before getting treatment.

“Many Baby Boomers are coping with dental problems associated with advancing age, and for most that means replacing aging bridgework,” said Palmer. “With an estimated two of three Americans having at least one missing tooth, implants are becoming the preferred tooth-replacement option. Implant surgery is one of the safest, most precise and predictable procedures in dentistry,” she said.

Find a dental implant expert near you using the "Find an Implant Dentist" tool. Dentists credentialed by the American Academy of Implant Dentistry (AAID) have met rigorous qualifications that demonstrate they have the deep knowledge and critical skills essential to successfully placing implants and replacement teeth.

What are those letters after the dentist’s name? Find out what they mean.

This article originally appeared in 2008 and has been updated for relevance and accuracy.

The LifeSmiles blog empowers individuals struggling with dental problems to find reliable, practical information and advice on dental implants and how to find a qualified implant expert. Our goal is to ensure that quality care and peace of mind is available to every dental implant patient.

Explore by most recent: